skip to main | skip to sidebar

In July we went to the Kendall family reunion. It was at Cornish park which is a small town on the Utah/Idaho border. We had a lot of fun. We planned fun games for the kids to play which they really enjoyed. We spent two nights there. After that we went to Paris Idaho and stayed in a cabin for two nights with just our family. Which includes the Bennetts & Toyns. We had a blast. I think the best part was having Brad and Mary and the kids there. They live in South Carolina so we hardly get to see them. It was nice spending time with them and getting the kids together to play. The worst part was Kaden got pretty sick while we were at the cabin so Chad and I spent most of our time making sure he was ok. I still freak out about him being sick. We ended up leaving earlier than everyone to get him into the doctor and he had strep throat pretty bad.

Val, Chad & Kaden
Chad and I met in 2000 through our group of friends. We quickly fell in love and got engaged. After our 3 year engagement we were married October 18th 2003. November 28th 2005 our son Kaden was born. September 17th 2009 we welcomed our twin boys Karson Kent & Kole Richard. 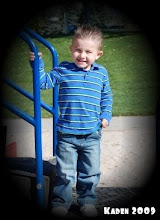 Kaden is 4 years old and in preschool now. He is learning and growing so much everyday. 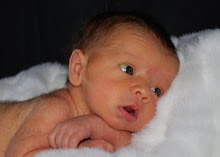 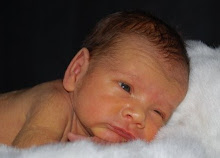 Take it from me